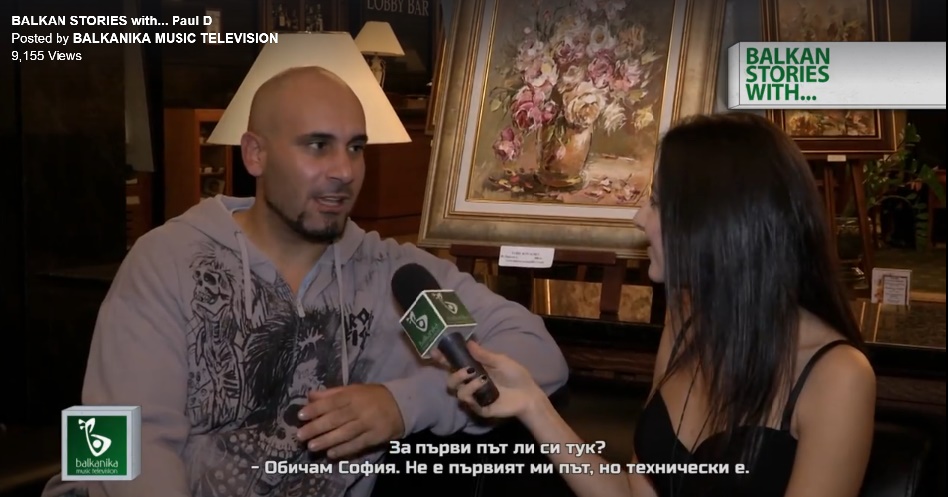 Here is an exclusive video from Balkanika Music Television, interviewing “Paul D” in Sofia, Bulgaria about his work and includes an interview then a live video from his show with “Swag on Tour” at the PM Club.

“Balkanika Music Television” is the leading music channel of the Balkans and reaching over 9.000.000 households on the Balkan Peninsula and the regions with an established Balkan population in Western Europe.